1.  Improvements to iOS text messaging to easily include who you want, drop who you don’t, and leave the conversation whenever you want. Or turn on Do Not Disturb and then read through the messages when you have time.

2.  Apple is opening up the iOS keyboard so alternatives like Swype and SwiftKey are possible.

3.  Double button press now includes your most recent contacts.  Select one and you can call, text or Facetime with a single press.

4.  Notification handling no longer requires leaving what you're currently working on.

5.  One touch to use your cellular iPhone/iPad as a hot spot.

6.  When you get a phone call on your iPhone, you can answer it on your iPad or Mac.

The entire 2-hour keynote video can be had at: 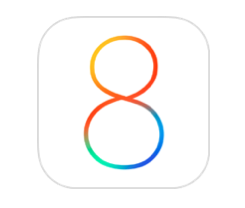