Assuming this project moves forward in 2015, we'll have another piece of the Iron Horse Trail completed.  From the map below, between the red lines, you can see the lines of trees where to old short track railroad used to run.  Houses were built on both sides of the track, forming the outline.

If you look closely you can see another line of trees a few block west of the intersection of Wilmington Pike and Stroop Road, heading northwest.  That's the southern, undeveloped portion of the bikeway that begins at Wiltshire Blvd, between Acorn Drive and Candlewood Drive, crosses Shroyer Road, goes underneath Patterson Road and finally crossing Irving Avenue to end at the southern edge of the University of Dayton.

MOT-Iron Horse Bikeway. PID 90822 – The City of Kettering proposes to extend the Iron Horse Trail from its existing terminus at Stroop and Wilmington to Delco Park off Dorothy Lane.  The majority of the trail will extend along the former railroad. 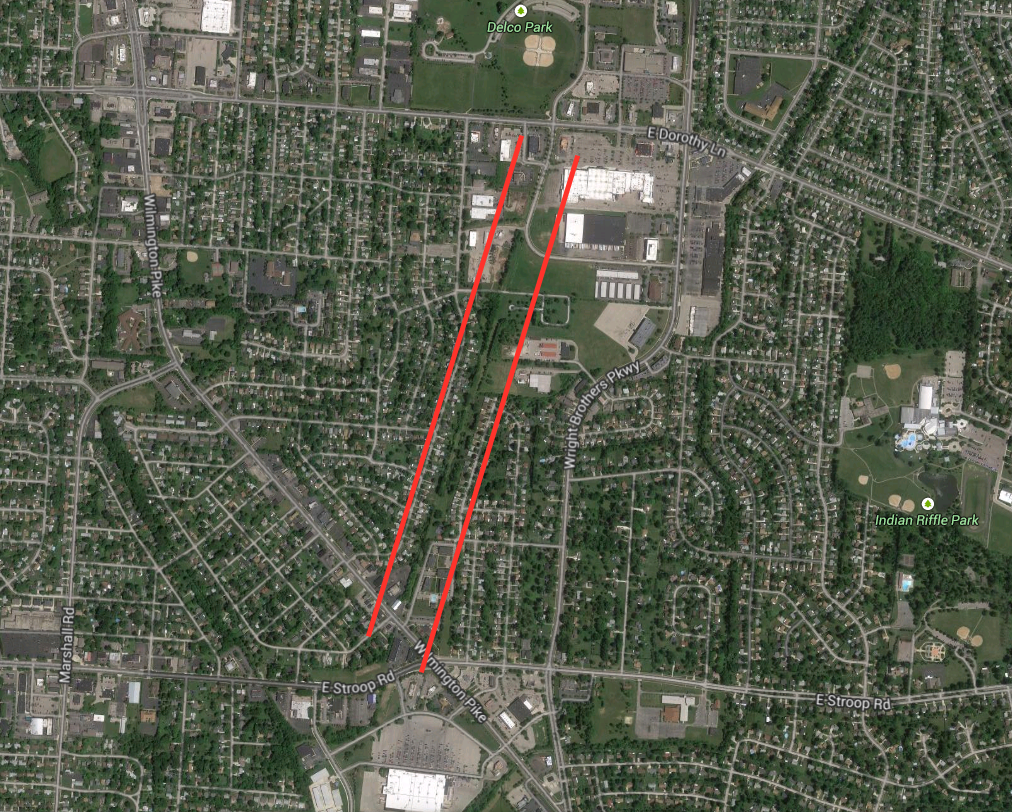