The goal is to escape the game room by solving multiple clues. Our team divided into two groups, the first choosing LOST, navigating out of a wrecked airplane, and succeeded. The second group attempted Terracotta Mausoleum, trying to steal the Elixir of Immortality, and ultimately failed to achieve this much more difficult task. Either outcome, the game was a blast. 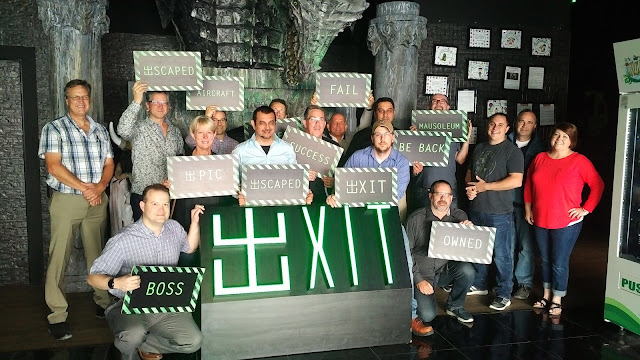