When I give speeches or presentations I often introduce myself as "the son of two actors, an engineer and a cheerleader."  It's obvious from that statement that both of my parents were actors, but you would be wrong to apply the usual stereotypes to which one probably does the others.  Actually, my father was both the engineer and the cheerleader, and both at the University of Dayton.  It helps get my audience's attention and that what I'm going to say might be a little different from what they might expect.  Also, it's usually good for a chuckle or two.

My parents belonged to the Blackfriars Guild, a local acting company that existed back in the 1950s and 1960s.  The lucky little guy below was selected to play the part of a ring bearer in one of their plays.  Might be the last time I ever wore a bowtie. 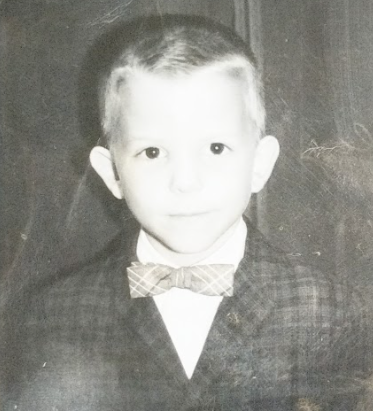