That's our two-year-old grandson hiding behind the white sheer drape, waiting for us to say "Where's Griffin?", after which he reveals himself then we shout "Peekaboo, I see you!".  This game can go on for quite a long time, at least until he finds something else to fixate on.  It's no wonder that young people raise kids because I don't have that kind of energy anymore. 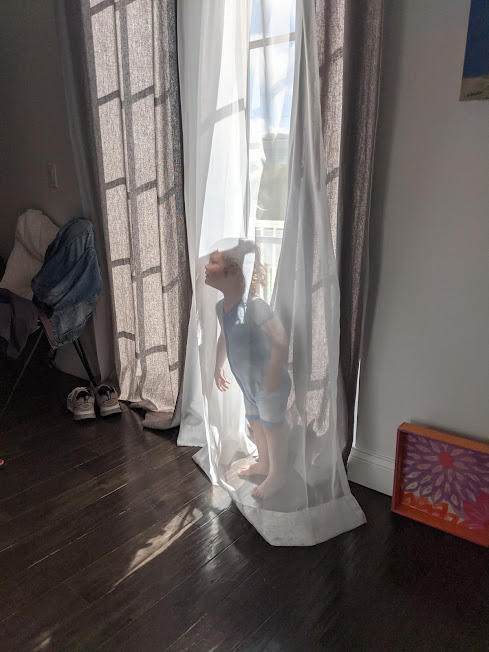