So why is a Raspberry Pi desktop showing up on my living room TV?  The obvious ;-) answer is so I can play a CD!  This setup used an inexpensive CD player's 3.5 mm output cabled into the red and white component inputs on the TV. Except the TV won't play the audio unless it detects a video signal, and my first thought was to use a Raspberry Pi's yellow video output, and that worked nicely. Later I figured out that the cable set top box also had a yellow video output, which also worked, albeit the video not matching the audio was a little goofy.

In the end I decided to buy a Blu-ray player, getting CD playing capability in addition to playing DVDs and keeping everything HDMI.

What did you do this weekend? 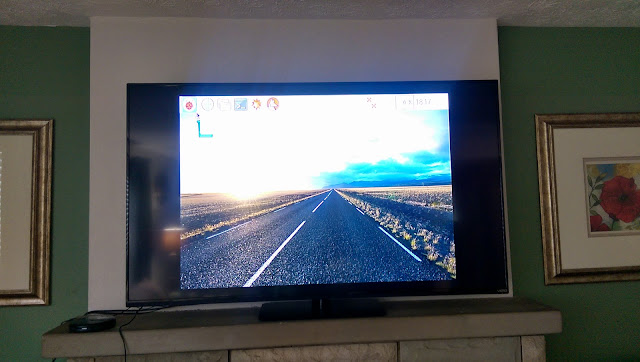