This NFL team came to Tennessee from Houston in 1997 and were still called the Oilers for two more years before adopting the Titans name. The Titans are from Greek mythology, the twelve children of Uranus (Heaven) and Gaea (Earth) who were eventually defeated by their grandson Zeus to rule Olympus. Nashville, home to this franchise, is known as the "Athens of the South" for its history of higher education institutions and the first American southern city to establish a public school system. Now it all fits together. 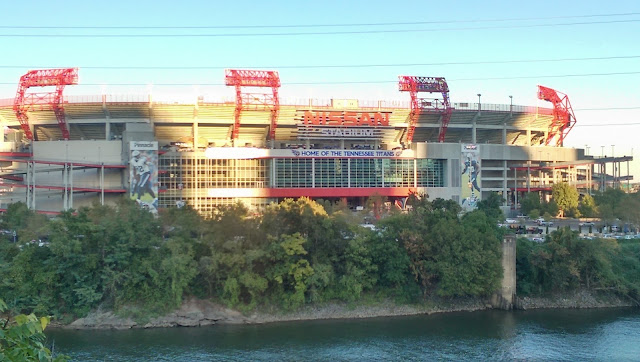