Perhaps rarer than a white peacock (yes, that's a real thing) is finding a comedy show on one of a major network that's worth watching.  We've become big fans of Ghosts which airs Thursdays on CBS at 9:00 pm.  Perhaps it's not surprising that this is an adaptation of a British series and it shows (pun intended) a delightful incorrectness.  The story centers on a couple, Samantha and Jay, that have removed themselves from the rat race and bought a country house to renovate and open a B&B, not realizing it's occupied by ghosts, some who died fairly recently and others hundreds or thousands of years ago.  A near-death experience allows the wife to see the ghosts and offers them access to what's happening in the real world.
https://www.cbs.com/shows/ghosts 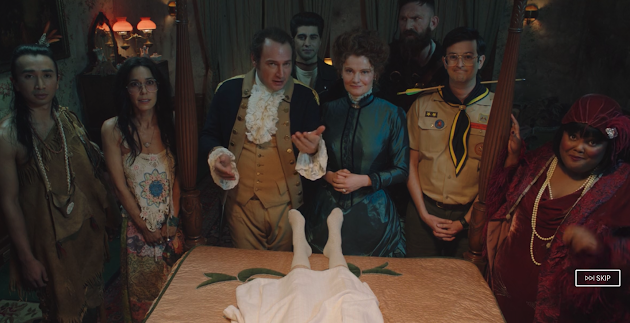