I can clearly see this water tower from miles away from the corner of Far Hills (SR-48) and Loop Road as I head home from work, but then it disappears as I get closer.  After months of trying to figure out where it was, I deduced that a water tower would be placed at a very high point (taking advantage of gravity), as would a radio tower (taking advantage of line of sight), and that led me to David Road, where across the street from the clearly visible radio towers I found, barely, the water tower.

The picture below was taken from Eagledale Circle where it's very visible, but move even a little distance away and the tower disappears from sight, as if by magic.  Kettering might be suburb, but we have a lot of tall trees. 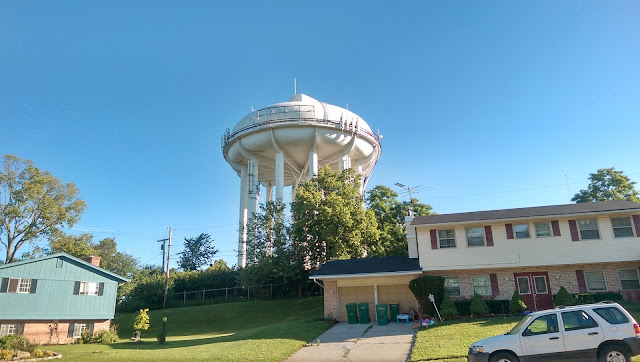