I guess my great-granduncle August liked them younger and pregnant.  He fathered a total of 21 children, the first 6 by Anna, who was 7 1/2 years younger.  He remarried after Anna passed in her early thirties, having 15 more children by Rosa, who was almost 14 years younger.  And it didn't stop there.  August and Anna's first 2 children, Frank and Ferdinand, gave him 24 grandchildren.  When I have a day or two to spare, I'll try to figure out how many great-grandchildren (i.e. my generation) he had, but it's probably enough to have their own zip code. 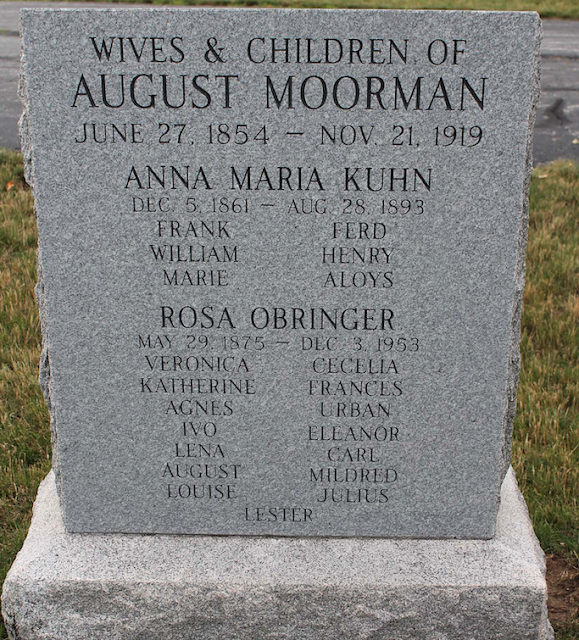