We've watched several Peyton's Places episodes on ESPN+ and they are a delightful, funny and informative trip through the history of the National Football League.  The scene below, from the episode The Draft, included an IBM mainframe, specifically a System 360, which was the first computer I worked on back in my Wright State college days.  This one was used by the Dallas Cowboys to select potential draft picks based on analyzing a variety of player qualities.  While computers have gotten smaller, faster and cheaper, I miss flipping the switches, turning the dials and pushing the buttons on these "big iron" machines. 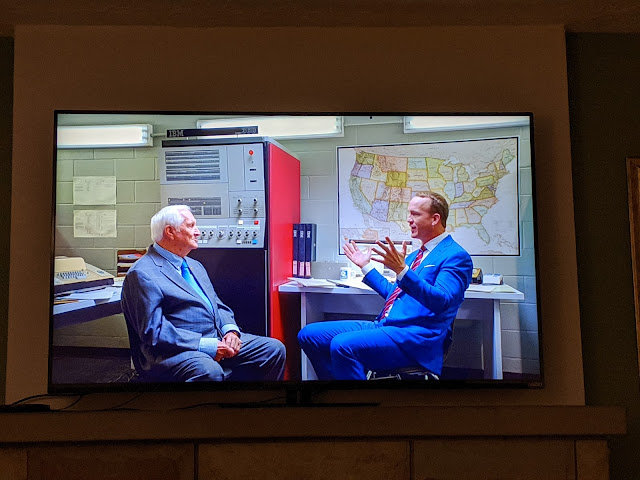