The House I Grew Up In

My parents moved from Vandalia to Dayton right before I was born and never moved, so 231 Ashwood Avenue was the only home I knew until after I moved out on my own.  After Mom died, Dad sold the house and I remember taking a final teary walkthrough of a house I would never see again.  But that was back in the days before the Internet and it dawned on me recently that perhaps Zillow might have current photos, which they do, and wow does it look different.  I recognize some of the features, like the in-wall bookcase shown on the right in the picture below, but the rest has seen a major remodel.  Still, it was wonderful to see the inside of that house again.
Oddly enough, the houses my parents grew up in are no longer standing.  Mom's, along with a few other neighboring houses, was seized using eminent domain in the 1960s by the City of Dayton and turned into Blommel Park on Oak Street.  Dad's, again along with a few other neighboring houses on Lookout Avenue in West Dayton, was demolished and are now vacant lots.
https://www.zillow.com/homedetails/231-Ashwood-Ave-Dayton-OH-45405/35100528_zpid 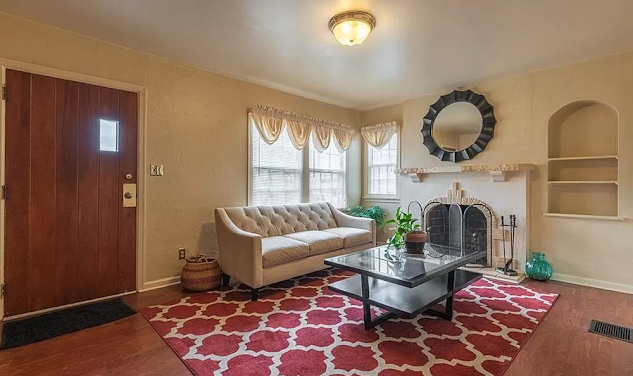