Android to Chromebook Via USB

Chromebook and Android Users Only:

The latest stable release of Chrome OS includes read-only USB-attached file access via MTP (Media Transfer Protocol).  Look for your Android device to show up in the Files app on your Chromebook. I launched a movie directly from my phone, then later copied the file to the downloads directory on the Chromebook.

This combination allows me load several movies on my HTC One, which has a large 32GB micro SD card, and play them on the larger screen of the Chromebook.  This just might replace using my iPad to watch movies on airplanes. 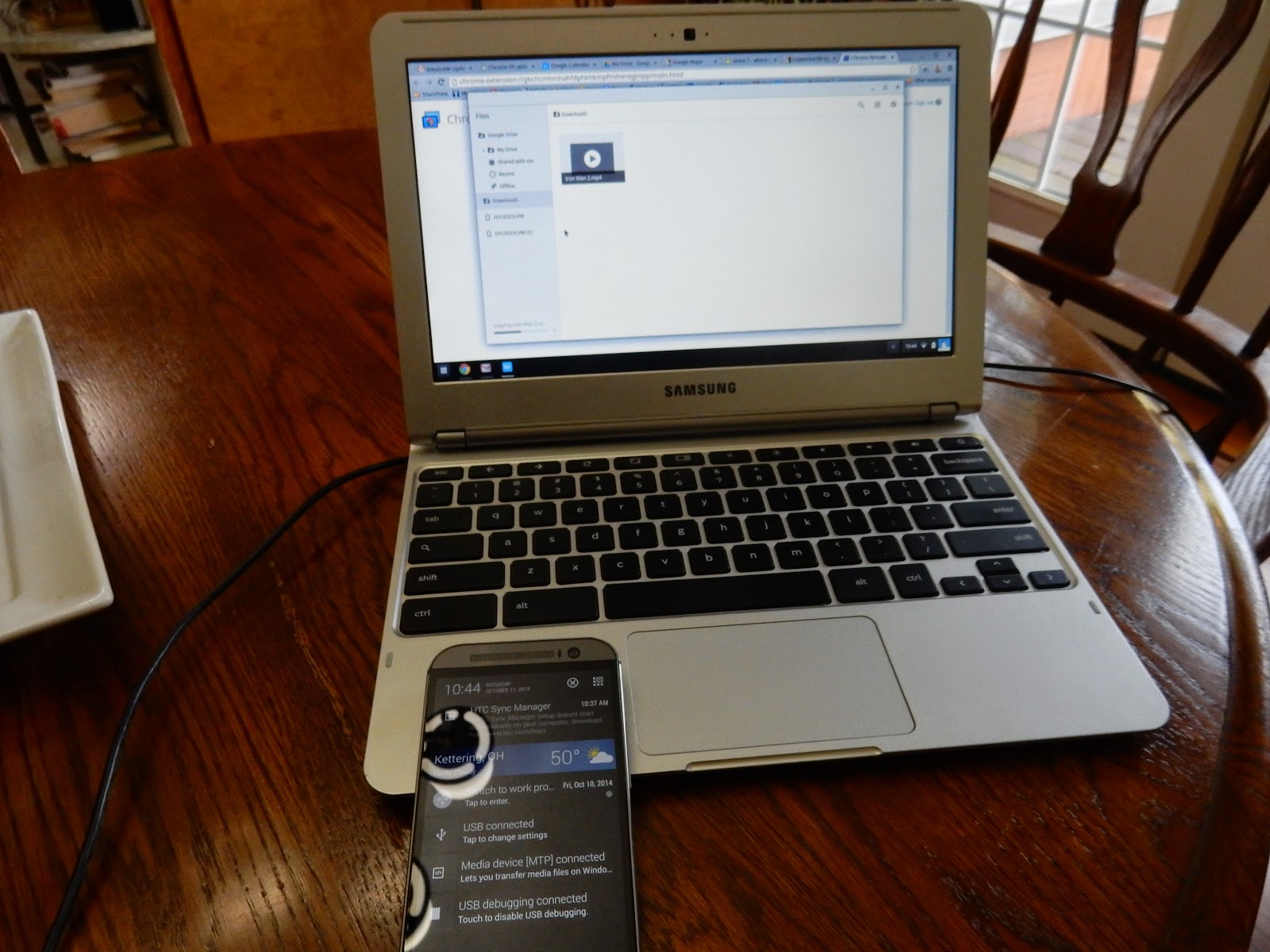