The first cooked breakfast I learned to make as a young kid was French Toast, which I rarely have these days, but when someone suggested adding pumpkin eggnog, I just had to give it a try.  The results, including my traditional of sprinkling a little cinnamon and sugar on top, were outstanding.

Whip two eggs with a 1/2 cup of pumpkin eggnog, dunk three slices of bread and fry until golden brown.  And make a little scrambled eggs with the remainder.  Easy peasy. 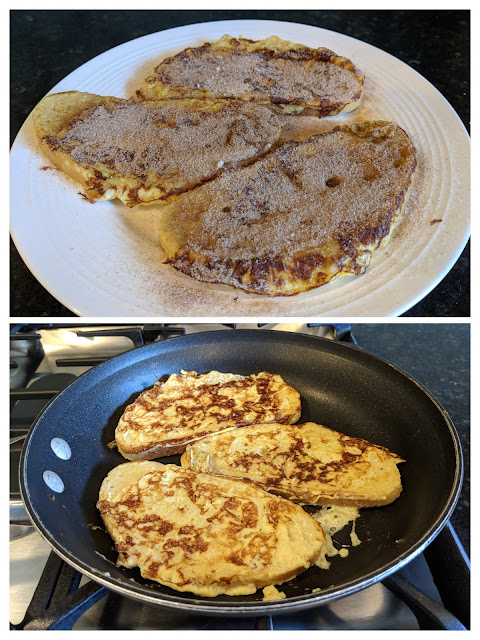