Just east of Raleigh, NC we ran into I-87, odd since I-87 also runs from New York to Montreal and there are several hundreds of miles between them.  This I-87 is the baby, and currently the shortest designated primary Interstate Highway at 12.9 miles, with hopes of growing up someday.

But it's not alone in its duplicity, as there are also two I-76's, I-84's, I-86's, and I-88's.  It's not that we've totally run out of numbers, as there are only 70 being used, but if you used I-3 for an east coast highway, it would mess up the west-to-east coast, south-to-north, ascending numbering scheme. 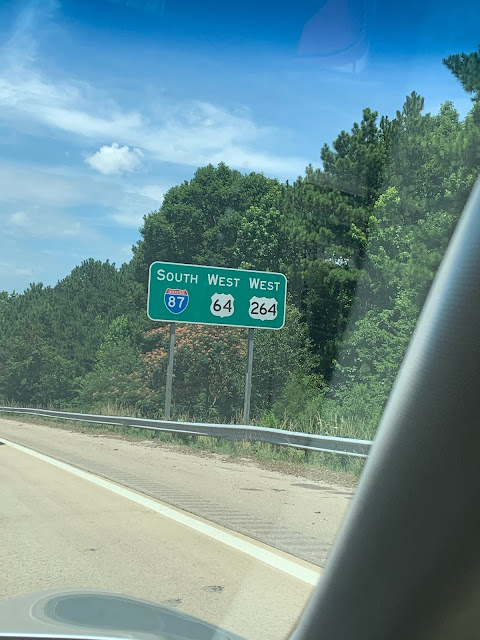