We all know that bacon makes everything better, but the rarely-used bottle of maple syrup is the star of this show.  Chef Elaine cut the Brussels sprouts in half and seared them in leftover bacon fat until they began to caramelize.  They then get baked in the oven until nicely charred.  Departing the oven, the sprouts are set aside and shallots and cumin are added to the pan, cooked a couple minutes to open up their flavors, then the magic maple syrup, mustard, salt, and pepper are added and whisked until all bubbly.  The sprouts are added back to the pan, which is then removed from the heat, minced chives added and everything swirled around until evenly coated.  Transfer to a serving bowl and top with crumbled bacon. 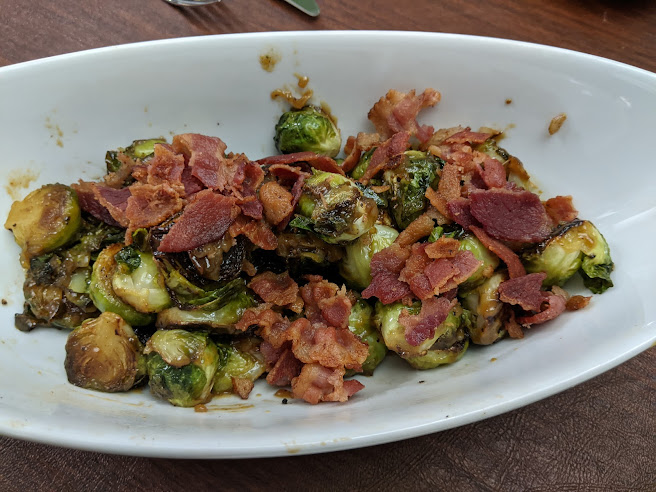