During a recent train trip in northern Indiana, I noticed my Pixel 2's Google Maps saying I had low accuracy and that I could improve that by calibrating, as shown in the first screenshot below, and that function is called Google Live View.  Trying that resulted in the camera coming up (second screenshot) and saying to point the camera at nearby landmarks.  Maps will look for things it recognizes and will update your location based on that.  This might be very useful in a skyscraper-rich environment like Chicago or New York City where GPS falters due to a lack of line of sight to its satellites.  More information is at the following link.
https://support.google.com/maps/answer/2839911 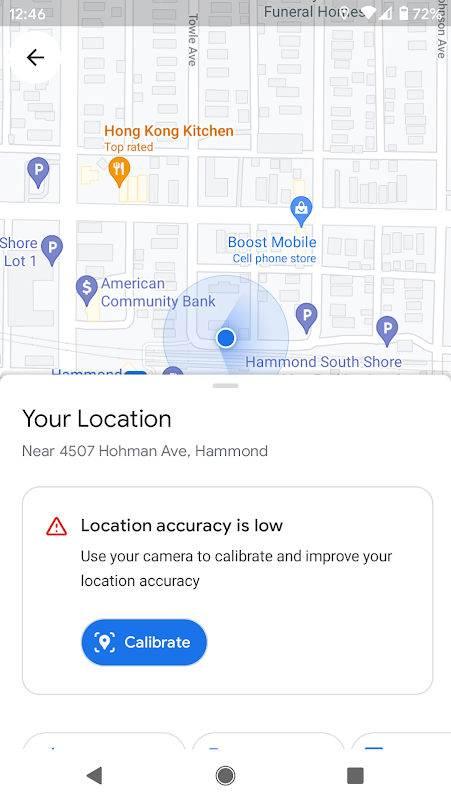 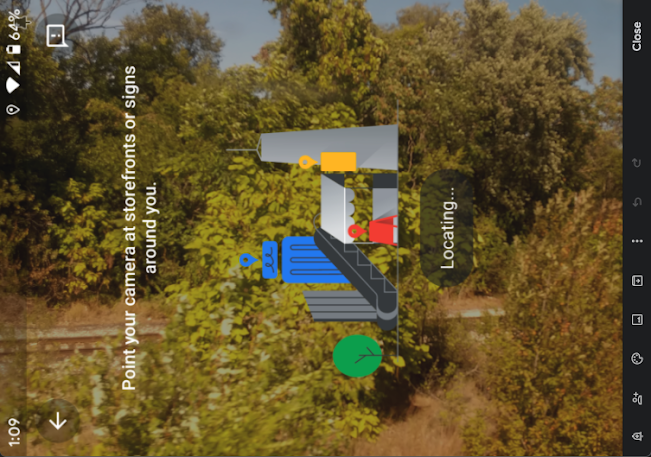