Dayton, Ohio and Kitty Hawk, NC are not the only places with a historical tie to the Wright Brothers with this statue of the Wright Flyer being located on the banks of the Alabama River in Montgomery, AL.  The brothers opened the nation's first civilian flying school, albeit short-lived, in 1910 on the outskirts of Montgomery and the location was later used to repair aircraft during the first World War.  In 1922 the installation became Maxwell Field, which would evolve over the years into Maxwell Air Force Base.
https://visitingmontgomery.com/play/wright-brothers-park 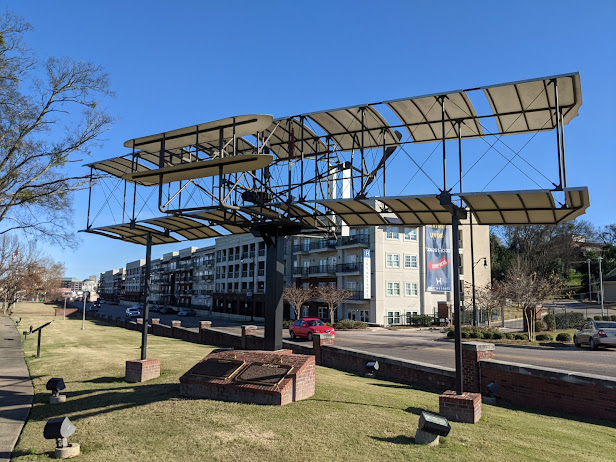