Along many of the bike trails in the area, which are mainly old railroad paths, you'll find abandoned poles like the one hidden in the trees below.  These types of poles were originally used to suspend telegraph wires, so there was a synergy between hauling people and freight to the same destinations that these electric messages needed to be delivered.  Poles would later deliver electricity, telephone service, and now cable/Internet, but they all started to deliver the tap-taps of Morse code.
https://en.wikipedia.org/wiki/Utility_pole#History 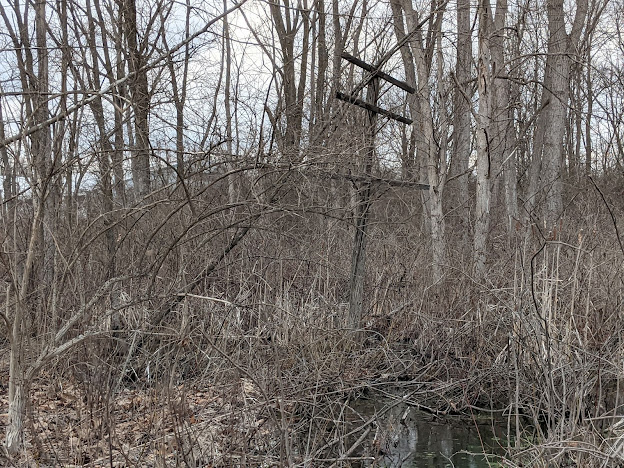