My oldest memory of the phrase "E Pluribus Unum" was when the great and glorious Wizard of Oz awarded the Scarecrow a diploma from the "Universita Committeeatum E Pluribus Unum".  Only later, as money became as precious as TV time, did I see it on most of our currency, but until recently didn't know what it meant.  While a few variations exist, it all comes down to "Out of Many, One", reflecting how the states (many) became the United States of America (one).  It was considered a de facto motto of the United States until 1956 when the United States Congress adopted the official motto, "In God We Trust". 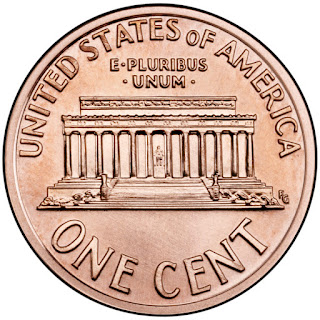