Am I having a wireless problem or an Internet connection issue?  How to tell?

Faced with the dilemma recently I used an app called IP Tools, which is available for both Android and iOS, to ping the router in my house.  If the pings ran consistently fast, the problem would be with Spectrum's Internet service.  In my case, I could see very inconsistent ping times during those periods where I was getting buffering trying to stream Netflix.  That solidly put the problem inside my house, but what component?

The telltale sign was that while the pings were slowed down, they never got dropped.  That means the air portion of the wireless network wasn't the culprit, but the router itself.  Since pings are the lowest priority packets for the router to process, the problem pointed to a CPU bottleneck on the router.  Instead of exploring that further, I opted to upgrade to the Google Nest Wi-Fi triplets I blogged about yesterday. 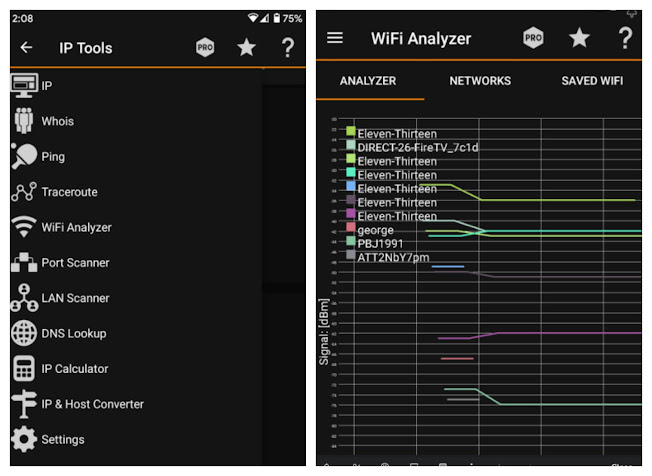