Chef Elaine's chili starts with browning two pounds of ground chuck in a frying pan, adding a chopped onion until it softens.  That gets drained, transferred to a large pot, and brought to a low boil while stirring in a large can of diced tomatoes, a medium can each of Brooks' hot and mild beans, two packets of Brooks' Chili seasoning, 6 ounces of water, and garlic salt and Franks' hot sauce to taste.  Cover and turn the heat down to a simmer for a couple of hours, stirring occasionally.  Serve topped with shredded cheddar cheese.
This is one of those recipes that tastes even better the day after as the flavors further incorporate together. 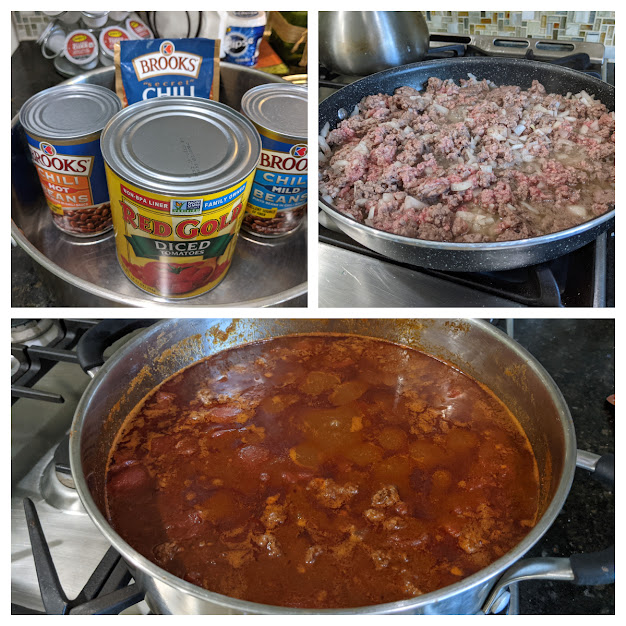