One, of several, explanations for Dayton, Ohio being nicknamed "The Gem City" goes back to 1845 when the following appeared in the Cincinnati Chronicle.
“The most indifferent observer will not fail to notice Dayton. The wide streets, kept in excellent order, the noble blocks of stores, filled with choice, and of course, cheap goods, and more than all, the exceeding beauty and neatness of the dwellings, you at once mark with a 'white stone,' in a small bend of the Great Miami River, with canals on the east and south, it may be fairly said that Dayton is the gem of all our interior towns; it possesses wealth, refinement, enterprise and a beautiful country.”
https://www.daytondailynews.com/news/local/why-dayton-called-the-gem-city/95GRahK3LVutNChHUjNuJM 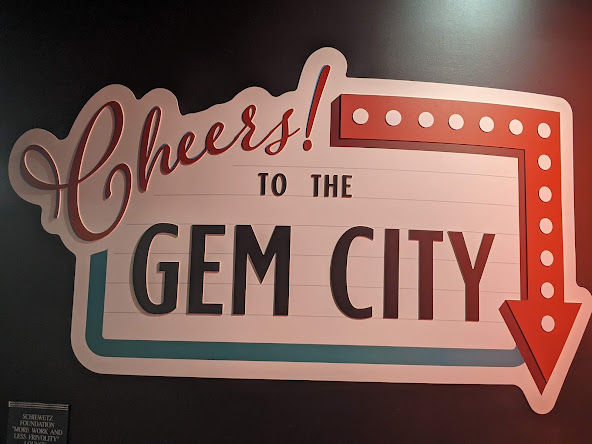