Chef Elaine and I used to play a grocery checkout game called Over-Under.   After we put the groceries on the belt and before the cashier started, one of us would call out how much they thought the final bill would be.  The other would then guess that the final tally would either be more (over) or less (under).  The winner would take pride in their knowledge of grocery prices.
We no longer play the game.  After too many rounds when "over" was the answer, it just served as a depressing reminder of how the cost of groceries has escalated. 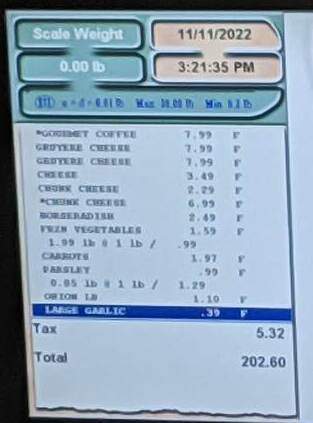