If you travel on Bridge Street in St. Augustine, Florida, you will find it oddly named, as doesn’t cross any river or stream, the nearest one being several blocks away to the south.  Roll the clock back to the 1880s and Bridge Street crossed Maria Sanchez Creek whose northern end Henry Flagler wanted to build a couple hotels.  The creek was filled in between King and Bridge street, and later on more blocks of the creek disappeared to develop the city.  Eventually, a dam was placed at South Street and Maria Sanchez Lake, pictured below, was created. 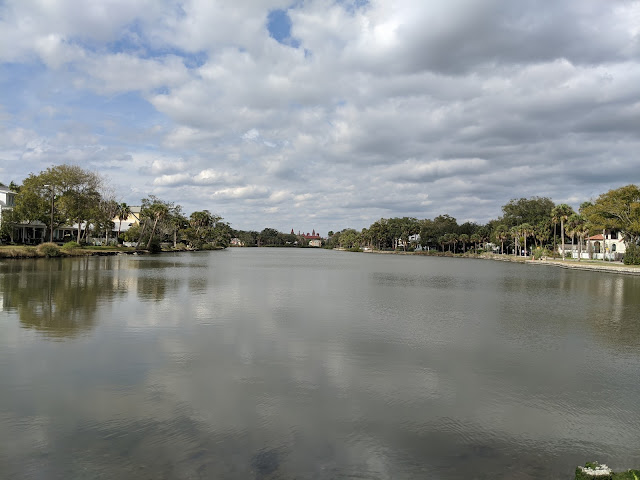