The picture below is a victory of imagination.  For the last few years it was an exit hole for, presumably, a mole, and I tried pouring various liquids in that hole (e.g. ammonia) which would work for a few months, but then the hole would reappear.  Then one day last fall I thought about what a mole wouldn’t like that would stay around and bam, the brain said “motor oil”!  What mole would want to dig through that?  A quart of oil went down the hole and eight months later, a few days ago, I threw down some grass patch which I will water every day in celebration. 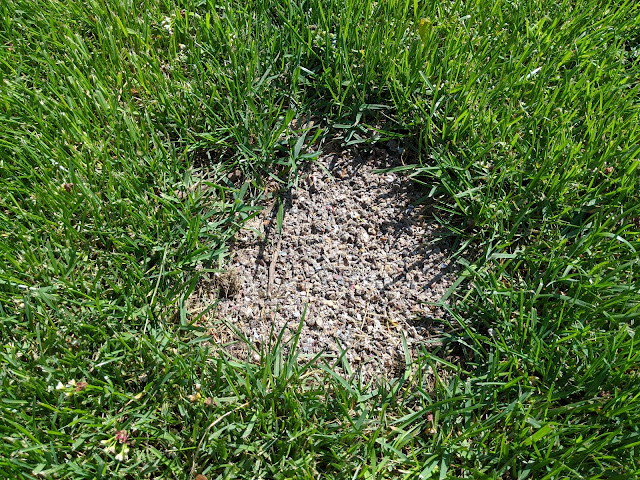