An Act to Encourage the Killing of Squirrels

In early Ohio, this little guy below would have been in imminent danger, as I would have been compelled by the 1807 state law, “An Act to Encourage the Killing of Squirrels" in our area to turn in 100 squirrel scalps per year or face a 3 cent fine for each I was short.  While that was a short-lived law as the severe winter of 1807-1808 took out a lot of these furry critters, by 1822 they had made such a comeback that organized hunting parties across the state took out about 20,000 of them.

Back then squirrels were a major threat to corn and other crops and people "worked the summer to survive the winter".  So however cute you might have thought they were, your stomach ruled the day. 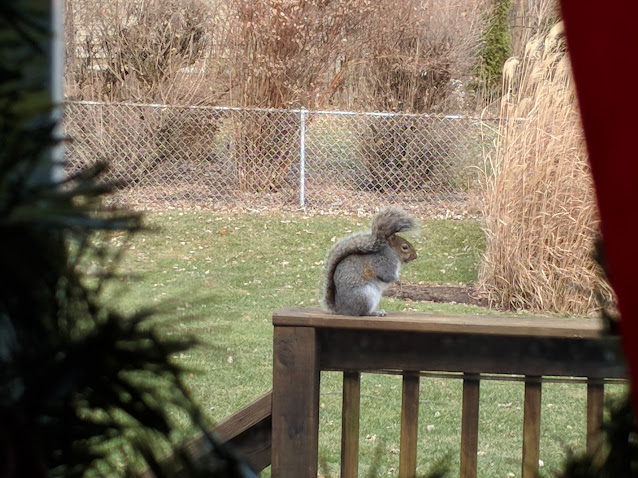