We saw these on the TV show Shark Tank and they solved two big problems, first, that gallon paint cans take up a lot of storage space, and second, after a few years the metal cans rust around the inside of the lid and ruin the paint.  We took six partial gallons and poured them into the containers below and labeled each with the manufacturer's number, name, date, and the room we used it in.  To use it, just shake it (each cup has a circular spring in it to help in mixing) then unscrew the cap.

This invention was created by a kid named Carson in West Chester, Ohio who saw the problem with stored paint and decided to create a solution. 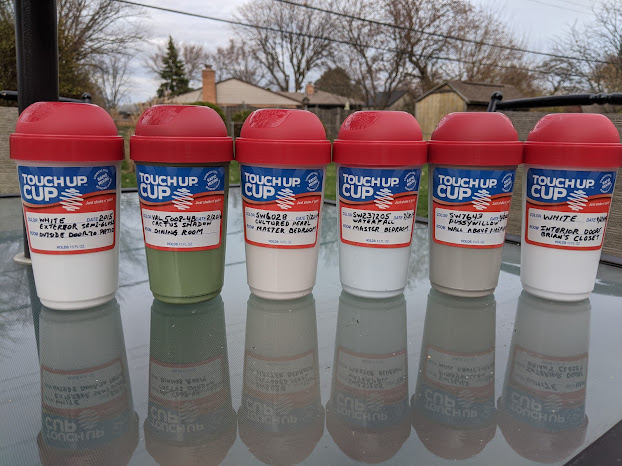