Sanborn maps detail U.S. city streets and buildings for over 100 years beginning in the 1860s.  They were created to allow fire insurance companies to assess policy risk and liability, but they offer an invaluable resource for exploring history.  For example, the 1900 U.S. Census provided the street addresses my grandmothers grew up at, but neither street came up in Google Maps, as they no longer exist, but I found them on Sanborn maps. Another example is shown below, displaying where the Miami-Erie Canal (shown as just the Miami Canal) split in two, with the left, local extension traveling up what is now Patterson Blvd, before turning east between Monument Avenue and the Mad River. 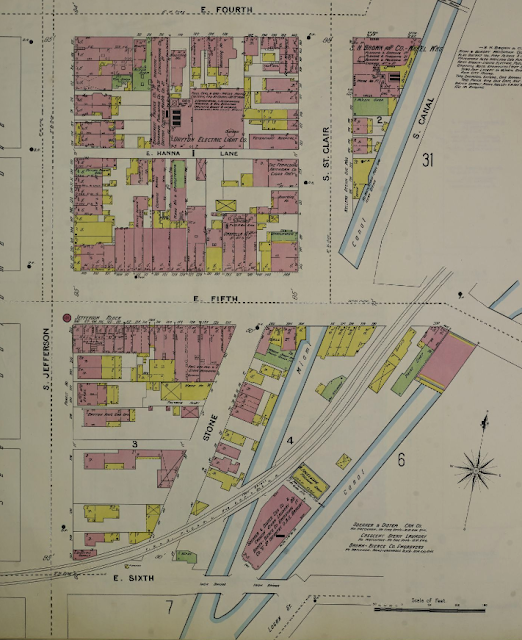