I was introduced to U.S. 35 back in the early 1970s when it provided a much quicker route to my grandfather's home in Beavercreek from my parent's home in North Dayton.  But what I recently found out is this road was State Route 11 back before the adoption of the U.S. Highway System in 1926.  I've circled the 11's in the picture below and also circled the 1's, as U.S. 40 was known as State Route 1 back then.  You can also see the neighboring towns of Fairfield and Osborn, which were still 25 years away from merging and becoming Fairborn in 1950. 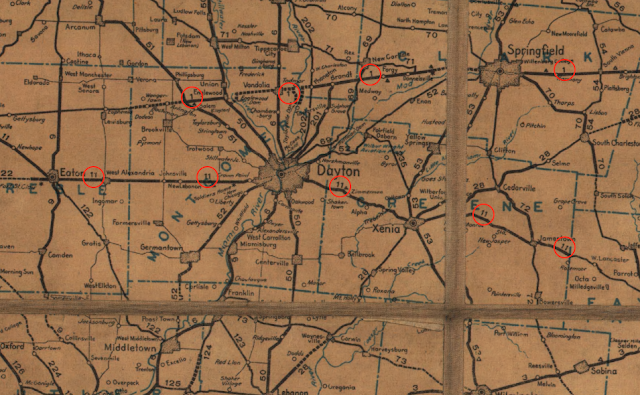