Located at the south end of West River Road in Dayton, Ohio, the Sunwatch Indian Village began as an archaeological dig site on the old Vance farm the city had purchased to expand its water treatment plant in the mid-1900s.  Those plans were abandoned when the historical importance of the site was understood.  It was a Fort Ancient culture village, occupied around 800 years ago for 15-20 years by a group of about 250 people.  It was named Sunwatch because of its layout, with large posts that cast shadows on particular buildings at certain times of the year.  Its location near rivers, forests, and prairies provided water, fish, game, firewood, and building materials.
https://boonshoft.org/sunwatch-2 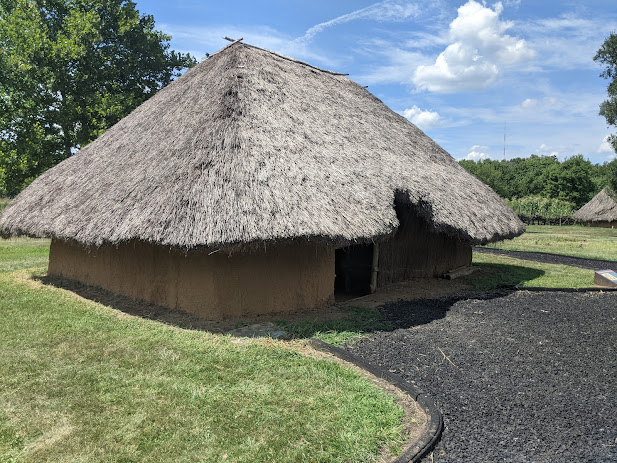