You can find numerous instances of paths and treelines like the one shown below that divide a neighborhood.  This one is on Berwin Avenue in Kettering between Claybourne Road and Roslyn Avenue and if you look at the Google Map link below, it's part of a clearly defined path running southeast to northwest.  That used to be the Hempstead to Pasadena (aka Kettering Running Track) segment, a portion of the Cincinnati, Lebanon & Xenia Railroad.  The northwest end of this segment is now the paved Dayton-Kettering Connector that connects RiverScape MetroPark to the Iron Horse Trail.
https://www.google.com/maps/@39.6914865,-84.1414278,17z 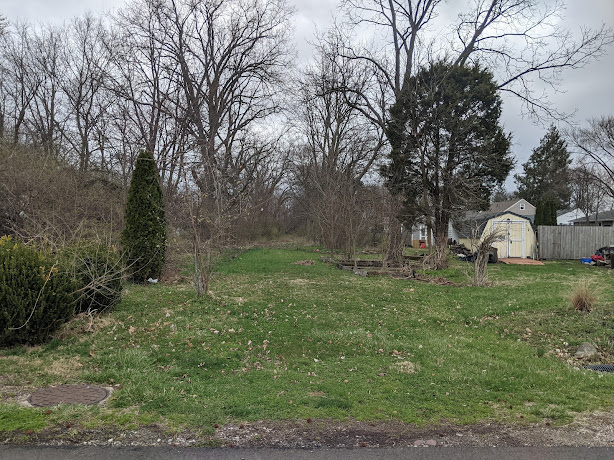